There are things in this world that should never been unlocked because of the severe consequences and temptations that comes with it. In today’s world there are many technologies. Some are really good for humanity and there are others that do nothing but cause harm. There is a new technology in the tech industry that is gaining momentum. It is called A.I technology “short for Artificial Intelligence”. All big tech companies like Facebook, Google, Amazon as well as some others are fighting to be the first ones to dominate this new technology because of its promising financial potential. There are branches of technology that focus primarily on specific tasks such as transportation, medicine, movement, detail work and communication. We already can see some of these branches of A.I making their presence in our day to day life. In homes we can see Siri, Alexa, Google Home and others competing to be the next robot home assistant. But other robots like the famous Sophia robot are a concern since this robot has the ability to almost think for it self. Not completely but almost. This robot is still in the early stages but has already shown potential to change the world  and life as we know it. So much so that the word A.I could take a whole different meaning to something that would mean artificial life or may be A.L.I “short for Artificial Living Intelligence”.  A machine that lives is something unthinkable but it is possible. Lets take it from the word of God him self The Lord says, “If as one people speaking the same language they have begun to do this, then nothing they plan to do will be impossible for them.” Genesis 11:6 – New International Version”. Also another passage of the bible says” The second beast was given power to give breath to the image of the first beast, so that the image could speak and cause all who refused to worship the image to be killed.” Revelation 13:15 – New International Version”

Although A.I has many branches, its only part of a much bigger picture. All of these new emerging technologies are part of the same goal. For example, A.I and Crypto Currency are aiming to become a horrifying powerful system capable to track every transaction in the planet and freeze anyone’s assets at a simple computer command or the push of a button. 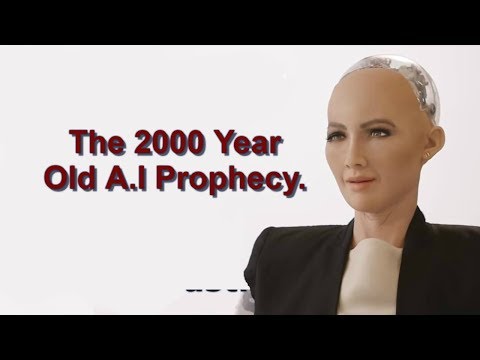 Listen to our Pod Cast

There is no better time then now